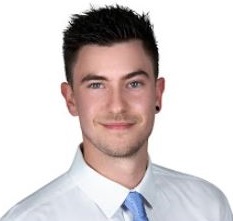 Dr Nick Ujdur’s story does not begin here in Australia, but across the ditch in New Zealand where he grew up.

Yes Nick is a kiwi but don’t hold that against him! Nick visited his first Chiropractor at the age of 12 and then again at 19 after motorsport accidents. These visits inspired him to pursue a career in Chiropractic; and to learn all the knowledge he needed to help people.

After leaving behind a career in the motorsport trade, he pursued Chiropractic. He completed a Diploma in Health Sciences from AUT University in Auckland City and finished the last four years at the New Zealand Chiropractic College. He has been involved in the student association during his student life and was member at the 2015 World Congress of Chiropractic Students (WCCS) AGM in Atlanta, USA. He has also been the recipient of the Mackay scholarship award in 2014 and volunteered at Heal Christchurch after the earth quakes in 2011. He also attend a mission trip to Rarotonga Islands to help care for the local population.

Once Nick graduated, he hit the ground running. After working in New Zealand, he wanted to expand his knowledge for both chiropractic management and patient care, this landed him in Melbourne working for some of the best practices in Australia. Nick is trained in 6 core techniques which include Gonstead, Diversified, Activator, Upper cervical specific, Thompson drop table and extremity adjusting. Nick has a whole body approach to assessing the biomechanics of your body and gets down to the root cause of your problem. He use’s a mixture of techniques each day in practice.